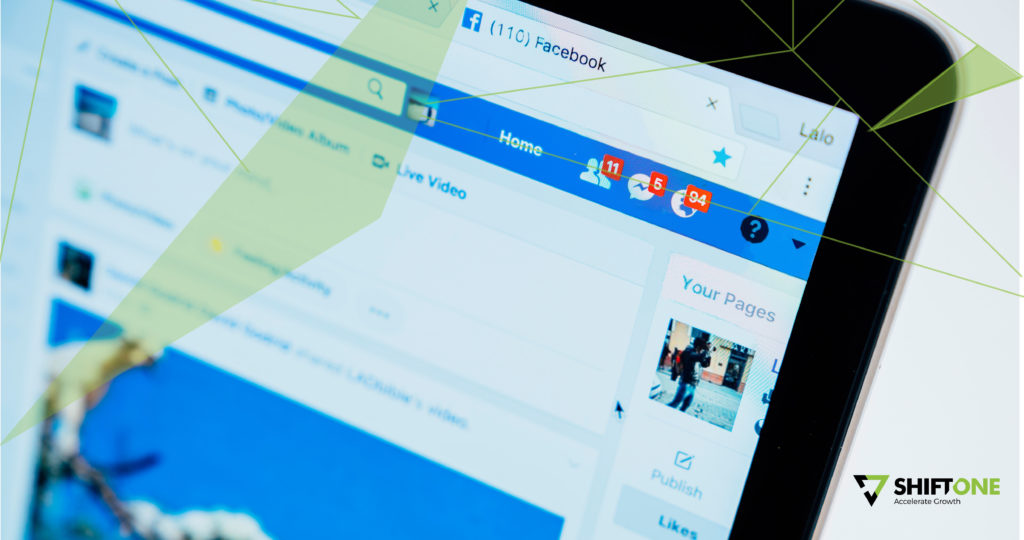 Gone are the days when Facebook was used as a way to simply connect with overseas relatives or ‘long lost’ high school buddies. Facebook has not only become a place where you can connect with your friends, colleagues and family, but also with businesses, news sites and other publications you relate to.

But once again, that is all about to change, following the announcement of the new Facebook newsfeed algorithm update.

Mark Zuckerberg announced that Facebook would be prioritising content from your friends and family, rather than from publishers and news sites. The content that you will be served will be based on a ranking system, with content from people being prioritised.

In a post entitled, Bringing People Closer Together, Facebook’s Head of News Feed, Adam Mosseri, stated that Facebook would push content that sparked back-and-forth discussion. Instead of your newsfeed being focussed on relevance, more priority will be placed on interaction. Facebook wants people to connect with one another, but more importantly, they want meaningful interaction that lasts. This potentially means fewer articles from EWN or News24, or a product post from one of your liked brands, and more posts of your best friend Dave’s new family portrait.

While this may make sense for your personal Facebook account, what does this mean for your business?

You have to work harder for organic reach

If organic reach was already dying, it is now gasping for air and struggling to survive. Up until now there was a big push for media content. Video was favoured, regardless of the interaction, and this meant that many publications were creating video specifically for Facebook. While this wasn’t a problem in itself, it did mean that users’ newsfeeds were soon overrun with video and news content.

This meant that Facebook needed to change something and quickly, hence the following statement by Mosseri:

“Because space in News Feed is limited, showing more posts from friends and family and updates that spark conversation means we’ll show less public content, including videos and other posts from publishers or businesses.”

This change in how content is displayed has impacted several brands and publications, chief among them, Little Things, a female-focussed lifestyle publication. According to Chief Executive Joe Spicer, Little Things experienced a 75% decrease in organic traffic since the recent Facebook update. This has resulted in the unfortunate closure of the company, which has sent waves of panic amongst multiple publishers.

But before panic stations are set to high, thinking “my content will never be seen!” there are a few important things to understand.

All that this Facebook update means is that as a business, you need to step up your game. The limited space in users’ newsfeeds will be given to content which sparks discussion and prioritises interaction above anything else.

Yes, it will be more difficult to maintain your organic reach, but it’s not impossible. Be sure that if you post news content, it addresses meaningful issues and creates discussion. Content that is hyper-engaging is seeing more results than ever, because there is such a priority on engaging content.

While video content is not receiving the same attention it once did, Facebook Live is still a sure-fire way to receive heaps of engagement. Facebook Live aims to create meaningful interaction and real-time engagement, which as you can already tell, fits neatly into the latest algorithm update.

Social Media Examiner created a Facebook Live video about the algorithm update, which resulted in over 6,000 shares and 575,000 views. A typical video of theirs gains approximately 10,000 views. This shows the power that Facebook Live has to inspire user interaction and create meaningful engagement.

3. Make use of multiple ad types

Due to fewer opportunities for organic reach, competition for ad placements is likely to increase. This is the nature of supply and demand. If organic reach does decrease (as most experts expect it to) ads will become increasingly necessary.

It is important to note that as demand increases, so too will the price of ads.

So what does the new update mean for your business? You will have to work that much harder to gain organic reach. Create hyper-engaging content, spend money on Facebook ads and try different types of media, such as Facebook Live. Organic isn’t dead but it does mean that your content will need a breath of fresh air.