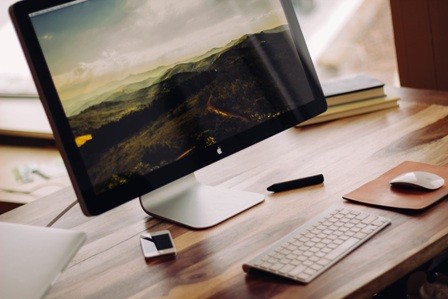 I was fortunate to spend some time in Silicon Valley rubbing shoulders with the greatest minds in tech as part of the Blackbox.vc programme sponsored by Google for Entrepreneurs. I met Adam Cheyer, founder of Siri; Steve Chen and Chad Hurley the founders of YouTube, Hadi Partovi, Victoria Scoble from WildfireApp.com and many more amazing minds and leaders in technology that inspired me and left me in awe.

In the Valley they talk about disruptive technology, coming up with ideas that change the way people interact with the world, and Google Glass certainly ticks that box especially in the new category of ‘wearable computing’. One of the leading tech writers, Robert Scoble who blogs for TechCrunch.com popped into the Blackbox Mansion and let me try on his pair of Google Glass that he is reviewing for Google so here’s a layman’s view of the experience of wearing Google Glass.

Firstly the frame is very light; you hardly feel it at all. Saying ‘OK glass’ turns on the device and at once you see in front of your right eye a small square with super bright letters in different colours. The letters appear to be around a metre or two away from you, which is pretty amazing as the small screen is angled away to achieve this optical illusion.

The right arm of the frame is thicker than the left and brushing it with a downwards touch changes the screen in front of your eyes allowing you to flick through a stock exchange feed; Facebook newsfeed; weather; directions or anything else you’ve opened up or turned on.

Saying ‘OK Glass, take a photo’ will get the device to do just that, or ‘OK Glass directions to Searle Street Woodstock’ and it will give you directions. They also fit easily over prescription glasses or sunglasses. Glass displays a photo of the person calling you on the phone, in case you forgot what they looked like.

I think it will be amazing to have a pair when travelling or if you’re at a conference; I’m sure Glass already has facial recognition software in the making that will display the name of the individual over their image, or the history of a monument once it detects where you are…which will effortlessly merge digital information with reality, making it easier to receive more information than we are currently already inundated with…hooray.

Hand-selected developers are hard at work coming up with life-changing applications for the Glass, which will probably (one day) allow you to say things like ‘OK Glass, bring me a cappuccino at Green Point Park’ which will be pretty cool, but if I know Google, they will find a way to serve you Google Ads, or perhaps whisper them in your ear as you watch your child on the swing? Small price to pay for convenience, right?

So it is a little strange to speak to someone whose eyes are slightly glazed and unfocussed while they read something on their Glass screen that you can’t see, or to hear someone give verbal commands to the device while everyone else is quietly taking photos with their cellphones, but perhaps these are things that will just become the new norm, like someone asking you to Facebook them.

I even had the fortune of meeting a genuine Glasshole…the term they give someone who wears their Google Glass in the hopes that you will ask them about it. I suspect the term is made up of equal parts envy and annoyance.

I once heard someone refer to a walk-and-talk earpiece as an ‘Ear Douche’ and personally I think the Google Glass is something of an ‘Eye Douche’… not that I would say no to joining the ranks of Glassholes out there, given half a chance.

So on the whole I have to say that on the whole I think Glass will make life easier, plus it opens up a whole new world of advertising and app options and opportunities for creative technology innovators to take advantage of, all of which is leading us closer to a Minority Report reality.