May 7, 2013|Shift ONE Digital|Comments Off on Facebook Announces Web Search Functionality…Google now Obsolete*

Palo Alto, California, some time in the near future. Facebook has just announced the update that Google has long been dreading…the ability for Facebook users to search the web from within Facebook, rendering Google web searches redundant.*

Google has been playing catchup with Facebook ever since the social media platform began its upward trajectory in 2004, incurring a black eye with the introduction of Google+ which was their weak attempt at securing some of the now over 800 million Facebook user base. Google+ is limping along with only 50 million users to date, and probably only a handful of active users at that. Switching social platforms after years of posting, liking, sharing, commenting and creating albums is like moving countries and being forced to leave all your personal effects behind…and your friends. At least that’s how I felt. Clearly I wasn’t alone, hence the sound of crickets whenever you mention Google+.

Now Facebook has really pulled the carpet out from underneath Google’s feet by revealing that the Facebook spider has indexed the  world wide web, and users can now find what they’re looking for without ever leaving Facebook’s interface. And of course all search results are influenced by your social circle’s searches and interests.

“Since nearly all of humanity is on Facebook, why bother ‘Googling’ when you can find whatever you’re looking for right inside the Facebook platform,” says Mark Zuckerberg, Facebook CEO. “Our search algorithm has factored in what your friends and social circle are searching for and what they find interesting, not just what some ignorant spider thinks you are interested in. Google is finally obsolete.”

Some Facebook users are outraged by Facebook harvesting more of their private data, while others are happy with the new functionality. “I spend most of my day on Facebook anyway, so it makes sense for me to be able to do my web searches from here,” says one user. “Plus I like that my friends’ opinions reflect in the results.”

Introducing web search is a move that Google has long anticipated but has been powerless to stop. “We’re not phased by this at all, Google has built an algorithm that is unmatchable and unbeatable. We have spent decades improving it, and ensuring that search results closely match what users are looking for,” Says Larry Page, CEO of Google. “We don’t believe that any company is able to replicate that service, especially when it hasn’t been their sole focus since inception.”

Who will win this round? The rivalry between the two giants continues. 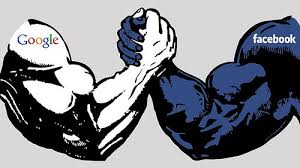 *This is a scenario that I predict is coming, watch this space for more predictions on the future. 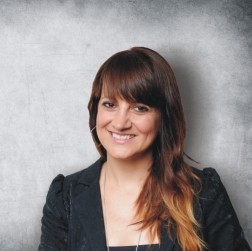 Founder and CEO of Shift ONE

Have shift ONE digital design your digital marketing strategy and implement it.